Tablet is been manufactured in pharmaceuticals in dosage form that comprises a mixture of active substances and excipients. The mixture is usually a powdered form, pressed or compacted from a powdered into a solid dose. For efficient tableting, it includes diluents, binders as well as granulating agents. To make the tablet visually attractive pigments are been added, as well as sweetness or flavours are also been added to enhance the taste. During the process of tablet making, with the help of tablet press machine a polymer coating is been applied to make tablet smoother, easier to swallow.

This controls the release rate of active ingredients making it more resistant to environment as well as enhances its appearance. It is been seen that most of the tablets are been dispensed as solid dosage form as compared to compressed tablets.

One of the important factors to be considered with the tablet processing is that all ingredients should be fairly dry, powdered or granular that should be uniform in size. The reason behind poor drug manufacturing is the mixed particle sized powders that segregates during manufacturing operations due to different densities. With content uniformity accurate dosage is been provided in a convenient portable package that can protect with the unstable medications. In order to aid with the tablet recognition, coloured coatings, embossed markings and printings are been used.

The tablet press machine is mainly of 2 types- Single Station Table Press & Multi-Station Tablet Press. The single station table press or Single punch is simplest of the tableting equipment. The machine can be operated manually with the help of an electric motor. These types of tablet press are used in small batch production, mainly in R&D, and can be used to manufacture tablets having odd shape. The multi station tablet press machine, on the other hand, is also known as rotary press and is also one of the most important machinery in the pharmaceutical industry. Used mainly for high productions, it has the ability to produce large number of tablets in an hour depending upon the configuration of the machine.

Principle of Tablet Compression Machine The main principle of Tablet Compression Machine is compressing of upper and lower punch in a die hole. The unreduced pressure is been transmitted with the help of static fluid. Hydraulic pressure plays a key role in the tablet compression machine. When external pressure is been applied with the help of static fluid to all directions in the same proportion, it helps to multiply the force as needed. The tablet becomes hard if the hydraulic, as well as the compressing force, is been increased. A large number of tablets can be pressed with the tablet compression machine

The feeder is one of the most critical components of any tablet press machine. It must be designed in a manner that there is a provision of accurate and consistent powder flow to the punch and die system of the tablet compression machine. Material enters the feeder from the hopper and goes on to the dye system. It must be ensured that the entire feed processing system of pill press is precise in order to achieve optimum quality tablets. Feeder is manufactured using high quality material that ensure reliability and thus is capable to perform high-speed and long operations. Another component of the pill press machine is the tablet press punches. These punches determine the shape and size of the tablet and hence they must be selectively chosen as per the desired application. They are manufactured using supreme grade materials that imparts them resistance to wear due to continuous operation. There are two punches available in the tablet press, upper punch and lower punch system. Upper punch, as the name suggests, is present on the upper section of the rotary system and they move vertically in and out. On the other hand, lower punch system is fitted on the lower section of the machine and it remains within the die bore throughout the entire cycle.

There are various advantages of tablet compression machine that are explained as follows- • More rapid production than a single tablet press because of multiple station units. • Independent control on weight and hardness of tablet. • Less error as compared to manual operation. • Reduced powder wastage as the filling is done automatically. • Increased product efficiency, money and saving in process time. • High production output for tablets/hour • Easy to operate at high utilization ratio • Tablet compression machine is favorable, providing complete control overloading with the raw materials. • Maintains a low noise level. • Lever adjusts with the pressure on the tablet. 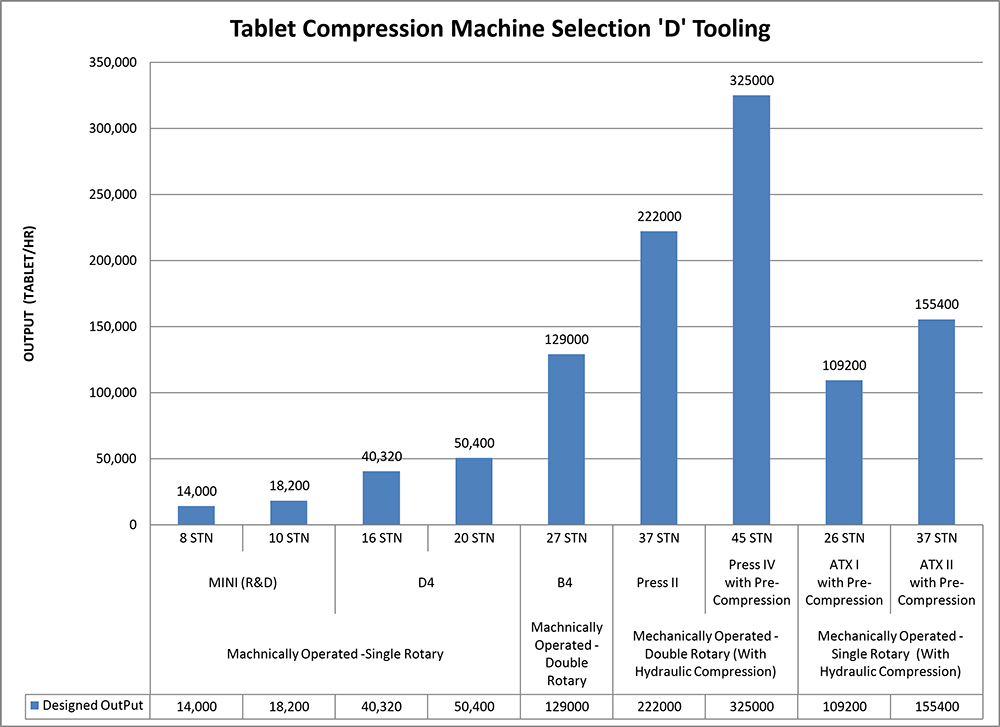 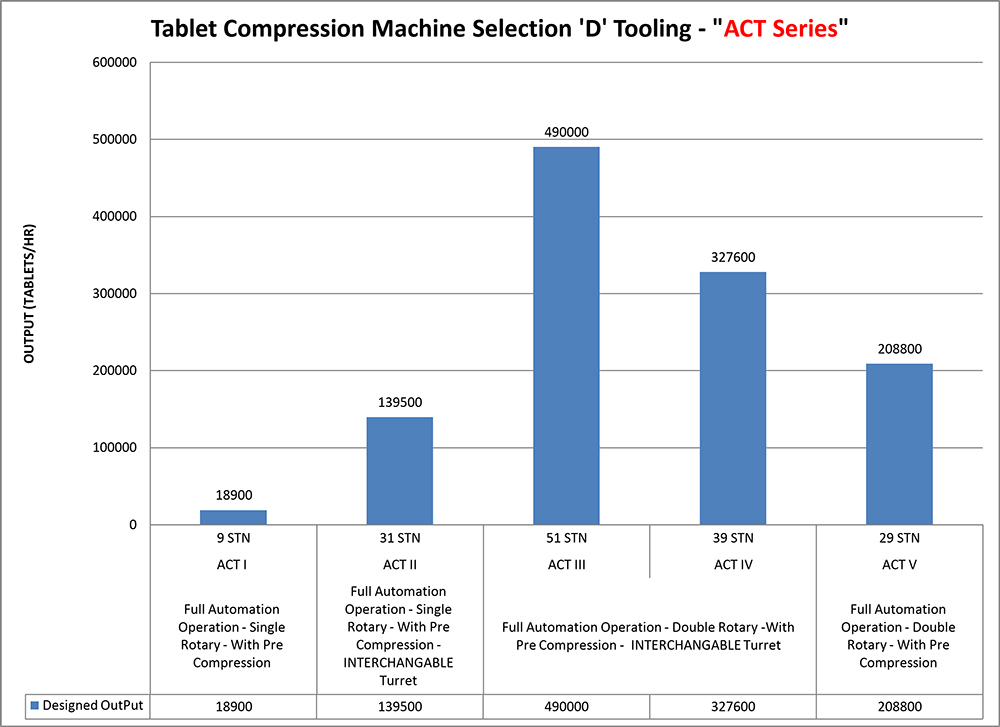 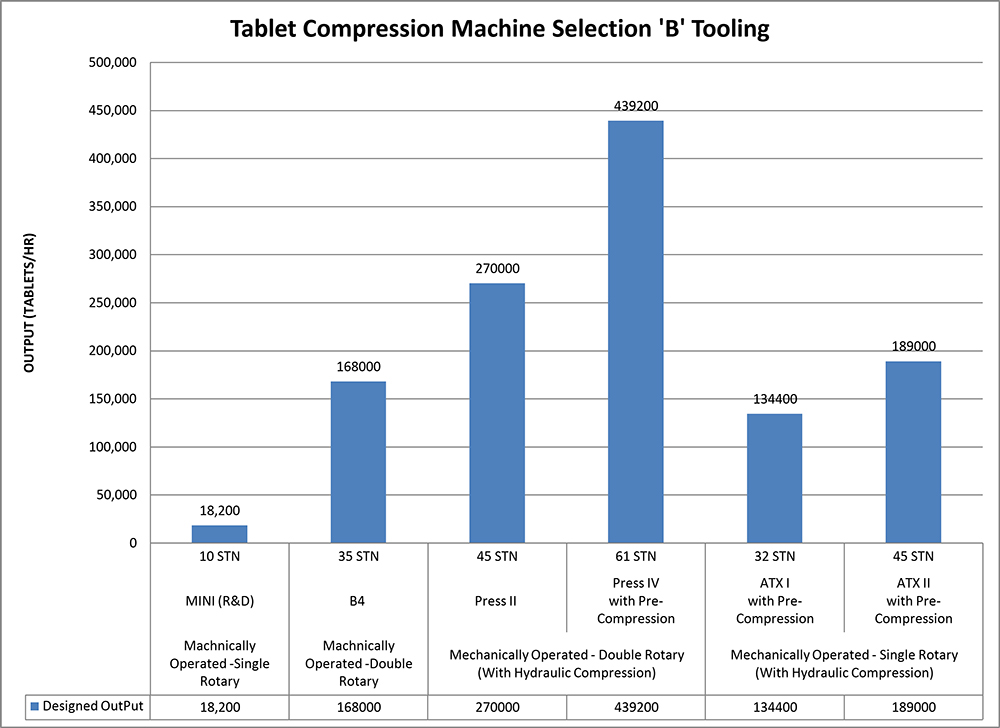 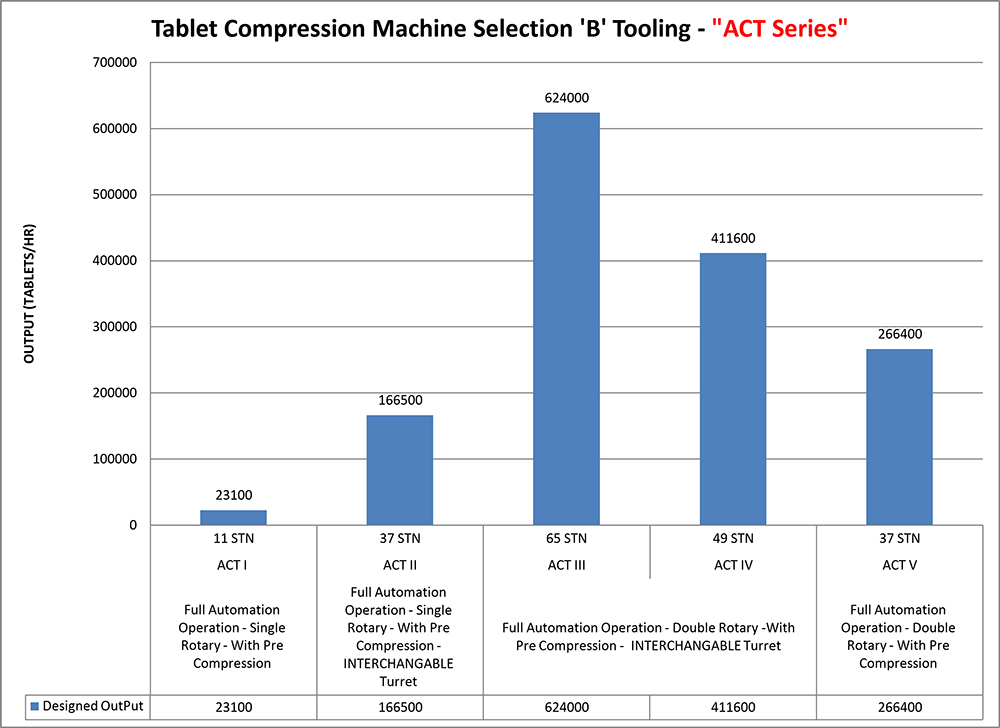 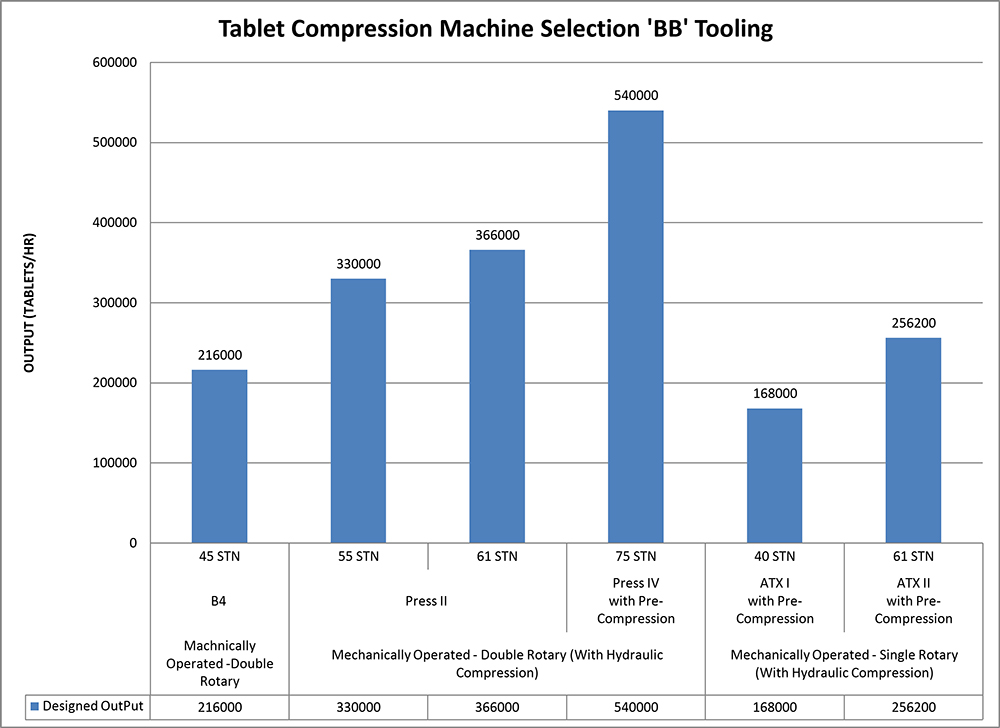 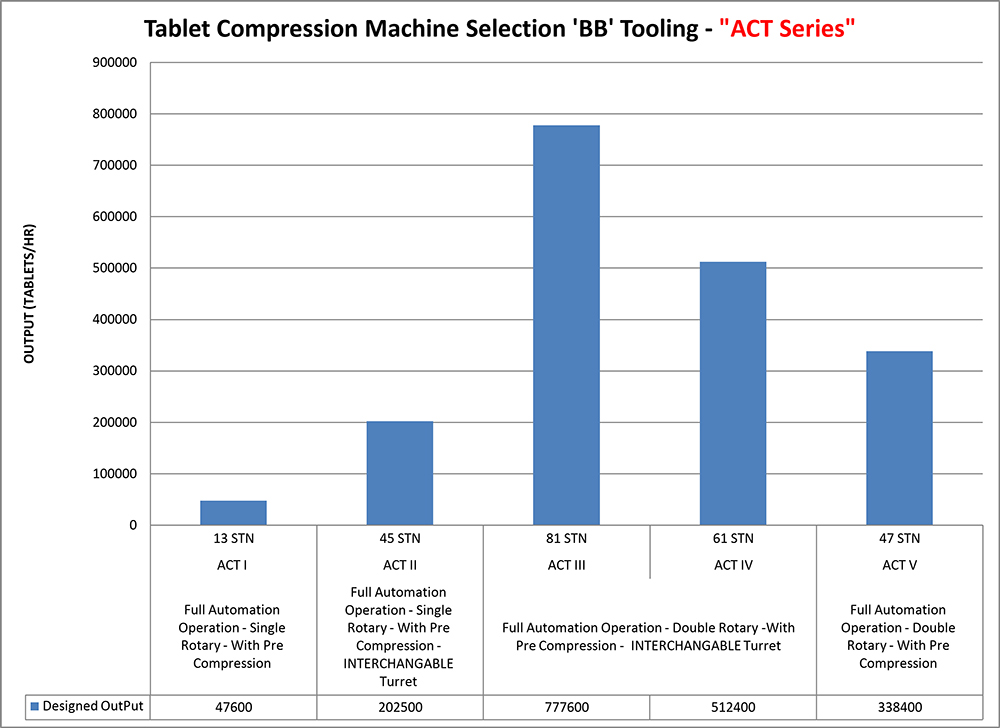